On September 28, 2020, an educational session "Thematic Networks of the University of the Arctic: Interaction between the North and Asia" was held, organized by the Department of Northern Studies of NEFU and the International Arctic School within the framework of the International Northern Sustainable Development Forum. The moderators were the Director of the thematic networks of the University of the Arctic, PhD Kirsi Latola and the First Deputy Minister of Education and Science of the Republic of Sakha (Yakutia), Doctor of Geographical Sciences Mikhail Prysyazhny. Organizers: from the Department of Northern Studies - Viktoria Mikhailova and Lyubov Semenova; from "Congress Center Yakutia" - Ruslan Timofeev and Lia Tikhonova. 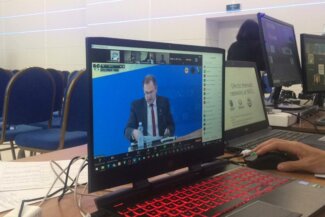 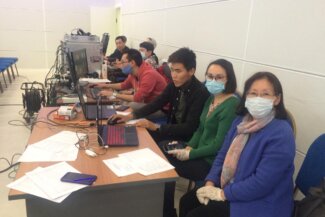 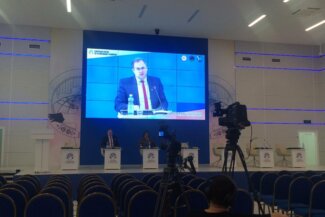 Thematic networks are interdisciplinary associations of scientists and specialists for joint research work, and the development of networked educational programs. Thematic networks form a natural basis for the development of education and research, providing them with the optimal structure for the accumulation and dissemination of knowledge throughout the North. Each network is international and includes representatives from the main Arctic regions - Russia, Northern Europe and North America. To date, more than 50 thematic networks have been created in various areas, for example, on permafrost, local and regional development in the North, Arctic Lingua, industrial development in the Arctic.

Mikhail Prisyazhny outlined the format of the educational session as one of the possibilities for understanding the North and the Arctic, for the involvement of all stakeholders in the activities of the University of the Arctic. He also provided information on the participation of the UArctic members working in the Republic of Sakha (Yakutia) in the activities of thematic networks. So, for the period from 2005 to 2020, NEFU increased its active presence in thematic networks from 2 to 19. And in total, the members of the University of the Arctic are 9 organizations operating in the Republic of Sakha (Yakutia): higher educational institutions, scientific organizations of the Russian Academy of Sciences, college, institution of additional professional education.

Kirsi Latola spoke about the main focuses of UArctic - education, research, knowledge exchange. At the moment, more than 200 members of the Arctic and non-Arctic countries interact in more than fifty thematic networks.

The event was attended by the heads of the thematic networks "Arctic Lingua" (leader Antonina Vinokurova), "Image of the world of the indigenous peoples of the North" (leader Lyudmila Zamorshchikova), "Mining industry in the Arctic" (leader Florian Shtammler), "Traditional work skills of the Arctic "(Representative of the network, Director of the Arctic College of Peoples of the North from Cherskiy Elena Antipina)," Persistent organic pollutants and potentially hazardous chemicals in the Asian part of the Arctic "(leader Yifan Li). Vladlen Kugunurov, Head of the Department - Vice-Rector for International Cooperation of NEFU, spoke about the experience of scientific and educational partnership between NEFU and Hokkaido University. Other leaders of thematic networks also presented their materials: Eileen Espiritu (“The Arctic in Asia and Asia in the Arctic”), Keiji Yoshikawa (“Permafrost”), Barry Costa Piers (“Oceanic food systems”).

The leaders showed the goals, objectives, forms of work and interaction within the thematic networks. The meeting was held in two languages - Russian and English. In conclusion, proposals were made for the development of effective cooperation between the Arctic and non-Arctic countries.

View all posts by NSDF