The Sakha Republic (Yakutia) is the subject of Russia unparalleled in the world by its natural and territorial conditions. A unique experience of farming in the extreme climatic conditions of the North has been accumulated here, and the first technologies of housing construction on permafrost have been applied.

The Sakha Republic (Yakutia) is in the north-eastern part of the Eurasian continent and is the largest region of the Russian Federation. The total area of the continental and island (Lyakhovsky, Anzhu and De Long, being part of the New Siberian Islands of the Arctic Ocean) territory of Yakutia is 3,1 mln km². Over 40% of its territory is above the Arctic Circle. There are three time zones within its borders.

The Sakha Republic (Yakutia) borders with Krasnoyarsk Krai in the west, Irkutsk Oblast in the south-west, Amur and Chita Oblasts in the south, Khabarovsk Krai in the southeast, Magadan Oblast and Chukotka Autonomous Okrug in the east. In the north, its natural boundaries are formed by the Laptev and East Siberian Seas. The total length of the sea coastline exceeds 4,5 thousand km. 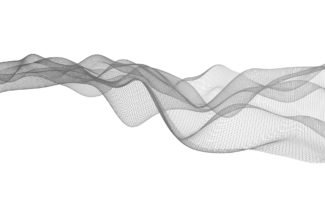 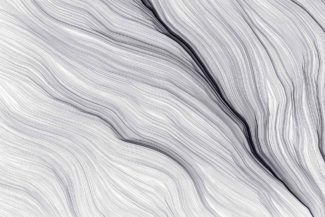 The territory of Yakutia is within three time zones, their time difference with Moscow is +6, +7, + 8 hours. At present, Yakutia is one of the most isolated and hard-to-reach regions of the world in terms of transport: 90% of the territory has no year-round transport links.

Yakutia has a variety of natural conditions and resources, due to the physico-geographical position of its territory. Most of the territory are mountains and plateaus, accounting for more than 2/3 of its surface, and only 1/3 is located on the lowland. The highest point – Peak Pobeda (3147 m) – is located on the Chersky Range.

Almost the entire continental territory of Yakutia is a zone of continuous centuries-old permafrost, which only becomes sporadic in the very south-west. The average thickness of the frozen layer reaches 300-400 m, with 1500 m in the Vilyui River basin: this is the maximum rock freezing on the globe. In the mountains of Eastern Yakutia there are 485 glaciers with a total area of 413 km² and fresh water capacity of about 2 thousand m³.

The natural and climatic conditions of Yakutia are in many respects extreme. First, Yakutia is the coldest inhabited region of the planet. The climate is sharply continental, typical of long winters and short summers. The maximum amplitude of average temperatures of the coldest month — January and the warmest — July is 70–75° C. By the absolute minimum temperature (in the eastern mountain systems – basins, trenches and other depressions to minus 70° C) and by its total duration (from 6,5 to 9 months per year) the republic has no analogues in the northern hemisphere. The very lives of humans and their economies require special approaches and technologies, based on the conditions of each natural-climatic zone. Thus, the average duration of the heating season in Yakutia is 8-9 months a year, while in the Arctic zone it is year-round.

Yakutia is one of the rare places on the planet where pristine nature and amazing variety of flora and fauna have been preserved. Today, the global scientific community recognizes that the nature of Yakutia is a unique heritage of mankind and a promising reserve of the planet’s biosphere. The Sakha Republic (Yakutia) accounts for more than 30% of Russia’s wild nature, or more than 10% of that of the entire world. More than 90% of its territory is not or hardly affected by commercial exploitation, representing the ecosystem with undisturbed natural processes.

Yakutia is part of the taiga-tundra zoogeographic zone with extremely rich fauna. The following species inhabit here: on the island territory – walrus, ringed seal, seal, polar bear; on the continental territory – elk, reindeer, musk deer, bighorn sheep, red deer, brown bear, wolf, and animals with valuable fur – red fox, Arctic fox, sable, ermine, Siberian weasel, American mink, etc. Hunting these animals has always been of great commercial significance for the indigenous peoples of Yakutia, and large amounts of furs have been exported to Russia since the 17th century: first as a tribute in furs, then as state supplies.

In the republic’s seas, rivers and lakes there are about 50 species of fish, dominated by salmon and whitefish. The territory of Yakutia is also known as a place of mass nesting of more than 250 species of birds. Among them are such rare birds as Ross’s gull, white and black cranes, little curlew and gyrfalcon, listed in the International Red Book. In 1993, Yakutia became a member of the World Wide Fund for Nature (WWF), frameworking Lena Nordenskiöld International Research Station that conducts biological monitoring in one of the most interesting regions of the Arctic – the Lena Delta.

In 1999, the republic launched a musk ox reacclimatization project in the Arctic zone of Yakutia. Today, the livestock of these animals is more than 700 heads. To populate the new territories with the species, they were additionally delivered from Taimyr, Krasnoyarsk Krai, in 2009-2010; it is planned to increase the livestock of musk ox in the Arctic zone of Yakutia to 1000, i.e. to a state of a stable population.

Another project is the transfer of bison to the historic homeland. In 2006, 30 wood bison were brought from Canada to Yakutia for the first time. They have successfully survived their seventh winter in the conditions of the sharply continental climate of Yakutia. In March 2011, the second party of wood bison was delivered, and in March 2013 – the third one.

This project is a unique experience of restoring a historical range of this species in Yakutia; it has become a major international nature conservation event.

In accordance with the Law of the Sakha Republic (Yakutia) on Specially Protected Natural Areas, about three million hectares of land are classified as specially protected natural areas — Ytyk Kere Sirder.

Currently, the area of these territories makes more than one fourth of the territory of the republic and includes more than two hundred specially protected natural areas, including two nature sanctuaries of the Russian Federation, the Botanical Garden of the Institute of Biological Problems of Cryolithozone SD RAS, 6 national nature parks, i.e., the well-known Lena Pillars Nature Park, in 2012 inscribed in the UNESCO World Heritage List as one of the most amazing places of our planet with a perfect ecosystem, untouched by man, Yana Mammoths, 113 resource reserves, 26 unique lakes, 2 protected landscapes, 17 natural monuments and 16 no-take zones.

The system of specially protected natural areas of the republic has been recognized internationally as a reserve of the planet. According to the first President of the Sakha Republic (Yakutia) Mikhail Nikolaev, we leave these territories intact to future generations – this is the gift of our generation to the 21st century.

Industry makes the basis of the republic’s economy; its development is associated primarily with the development of the richest natural resources.

The composition and spatial distribution of Yakutia’s subsurface wealth is reasoned by the diversity of the geo-structural zones of its territory. The share of Yakutia’s reserves in Russia’s mineral potential is as follows: 82% by diamonds, 17% by gold, 61% by uranium, 82% by antimony, 5% by iron ore, 5% by coal, 28% by tin, 8 % by mercury. There are significant reserves of rare earth elements, silver, lead, zinc, tungsten, etc., right down to the last elements of the periodic table.

The diamond mining industry takes the lead in the republic’s mining industry. Yakutia’s diamondiferous province is the largest in Russia – it accounts for 90% of reserves and 95% of production.

The representatives of more than 120 nationalities live in the republic, including Sakha – 49,9%, Russians – 37,8%, Ukrainians – 2,2%, Evenks – 2,2%, Evens – 1,6%, Tatars – 0,9%. Despite the vast area, the territory of Yakutia has had a low population density over the entire last century: both at the beginning and the end, the average population density here is ten times lower than in the European regions of Russia. The demographic situation is characterized by a stable annual surplus of births over deaths.

One of the peculiarities of the Sakha Republic (Yakutia) is a long-standing large share of rural population in the total population (35,9%, with the average in other northern regions of Russia being 8%).

At that, rural areas are mostly inhabited by the indigenous people – Sakha, Russian old-timers and indigenous peoples of the North leading their traditional way of life. Therefore, not only the agrarian sub-sectors typical for the North – reindeer herding, hunting and fur trade, and fishing are developed in Yakutia, but also the world’s northernmost agriculture and cattle breeding. Understanding the significance of the unique northern farming and cattle breeding, as well as its contribution to the world’s culture and need to preserve it for the future generations, the year 2013 in the republic was proclaimed the Year of Village; the Presidential Decree of the Sakha Republic (Yakutia) of August 16, 2013 declared the five-year plan of the village. The agricultural sector as a whole has a significant share in the GRP and the volume of employment.

Natural, climatic and economic factors have a significant impact on the nature of settlement. The most densely populated are the districts with relatively favorable agricultural conditions: Megino-Kangalassy, Namtsy , Churapcha, Khangalassy and Ust-Aldan, as well as the cities of Yakutsk and Neryungri with a developed industry and transport scheme (1,2-2,8 people per 1 km²). The districts with extreme climatic conditions unfavorable for living and economic activity have the lowest population density: Olenyok, Allaikha, Zhigansk, Bulun, Moma, Eveno-Bytantai, Anabar, Abyi and Srednekolymsk (0,01-0,08 people per 1 km²). In other districts, the number of inhabitants per 1 km² ranges from 0,1 to 0,9 people.

The capital of the Sakha Republic (Yakutia) – Yakutsk – is the world’s largest city located in the permafrost zone. The population of the city is 311,9 thousand people.